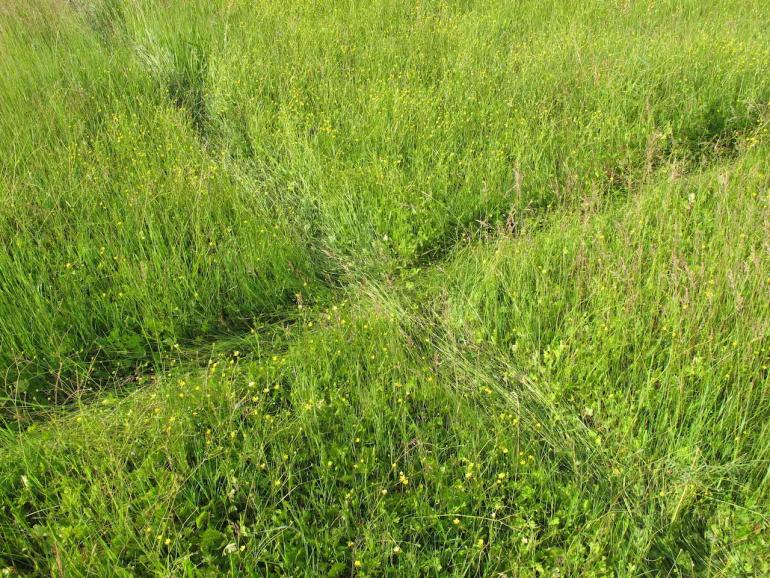 In the period of March to May of 2018, the artist-pedagogist Giorgos Paliatsios, contacted an artistic pedagogue intervention with a group of volunteer students on the School of Pedagogy in the University of Western Macedonia, Florina, Greece. The purpose of this intervention was to build up a group for collective artistic action, as a proposal for social formation.
The intervention consisted of 8 meetings and the basic team numbered 17 members. The activities that were implemented were mainly experiential, using techniques of adult education, psycho-pedagogical methods and practices from the arts (theater, dance, music, creative writing and visual arts). Usual on those activities was the walking in different variations, serving each time different pedagogical goals.
Among other activities, the group has come to realize the following action of peripatetic art:
The action "…And Infinite End…" took place at the last meeting of the group following a spontaneous proposal and formation of its members with the contribution of the animator. The participants initially proposed to mark the end of the group's journey through a symbolic peripatetic route such as that made in 1988 by Marina Abramovic and Ulay in The Great Wall to end up the 12-year course of their emotional relationship and artistic cooperation. This proposal was enriched with the walking imaginative shapes that the team members had been attempted in a previous meeting. Additionally, Richard Long's work "A line made by walking" of 1967, was added on the formation of the action, where the artist left his footprint on the ground with repeating routes to a straight line. It is noted that the participants had been informed about the aforementioned art actions through the previous meetings.
The final formulation of the action concerned on the creating of a path in a meadow located at the University's area, through the repeatedly walking route of the team members. The trail of the path was agreed to form the shape of number 8, which on the one hand represents the number of group meetings, and on the other hand, in another perspective, it formed the symbol of the infinite ∞.
The action began with the animator's entry into the meadow and the team following. The route, which averaged 6 minutes, was repeated for 8 times, equal to the group's meetings. Several discussions were developed during the action, among which various associations were made with the course of the group in the program meetings.
After the action, it was found that in addition to the symbolism attributed to the particular formation of the path, this route seemed to serve the repeated movement without tiring or stunning, since through this shape’s movement were alternating the angles and the directions of the body. It was also found that the form of the route caused one to repeat it, as the trail at each pass was better traced, since each time it became more obvious, safer and easier.

Even if the trail does no longer exist, the meadow knows that the perpetual trip of this experience continues within us. 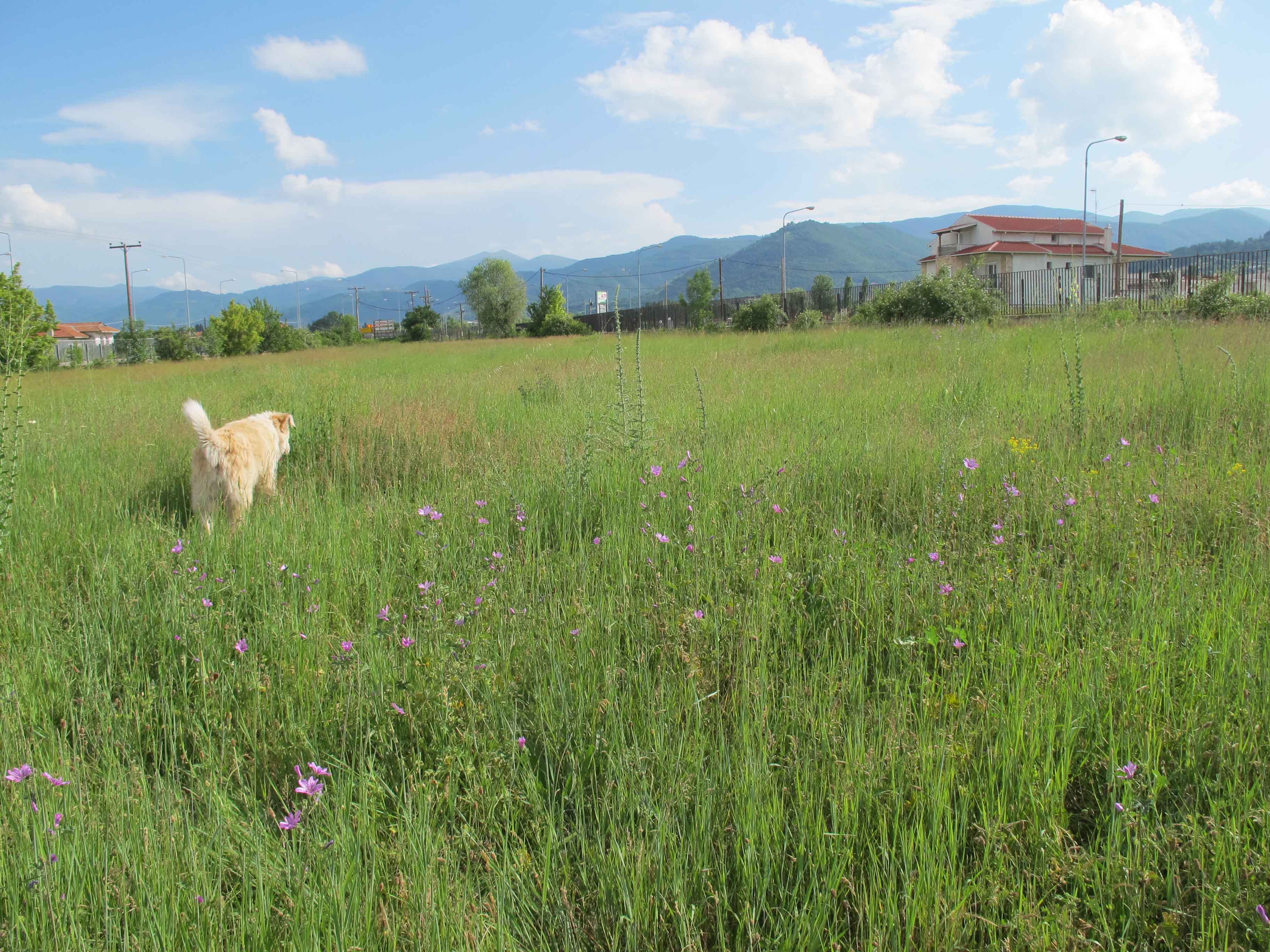 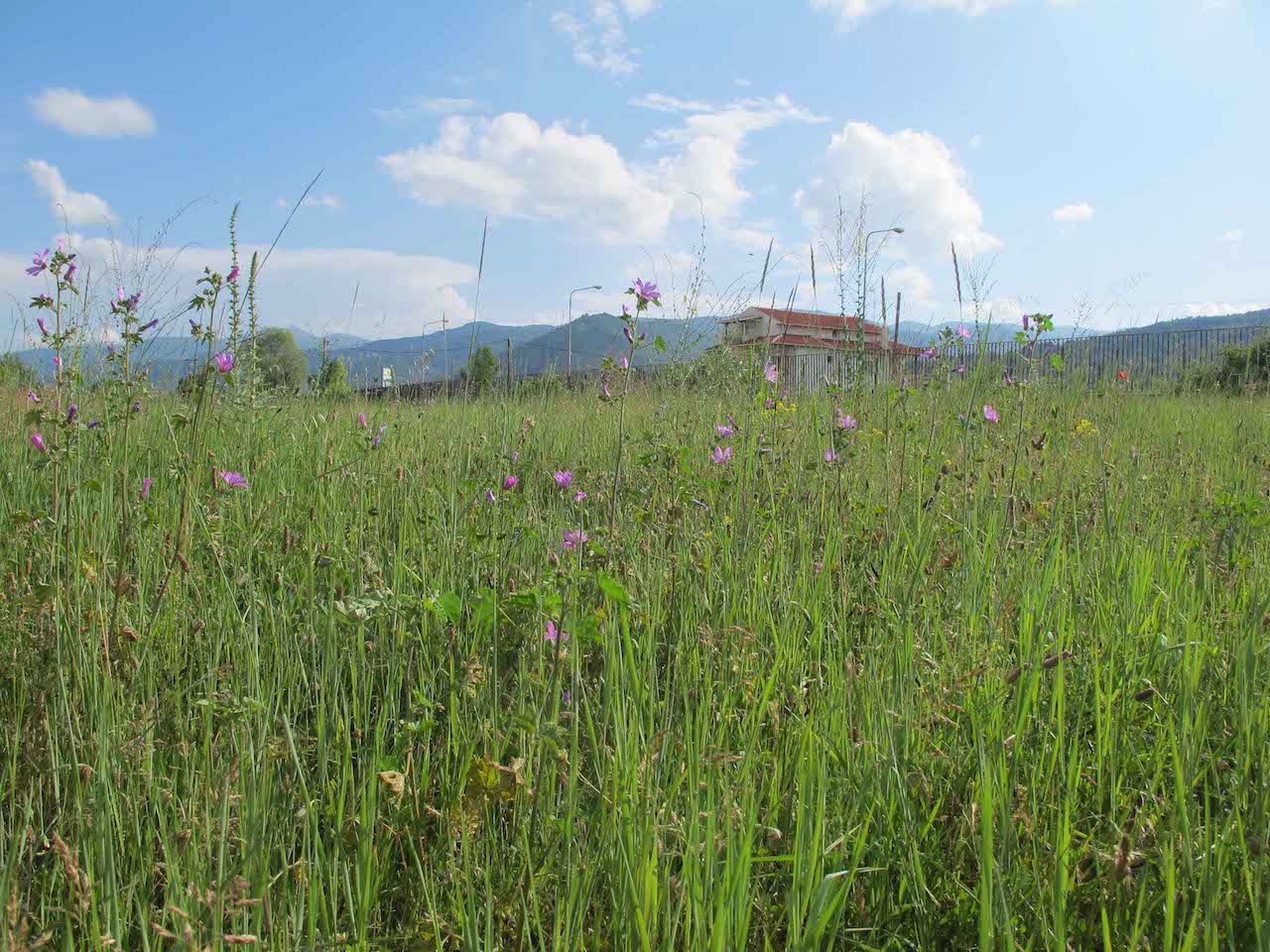 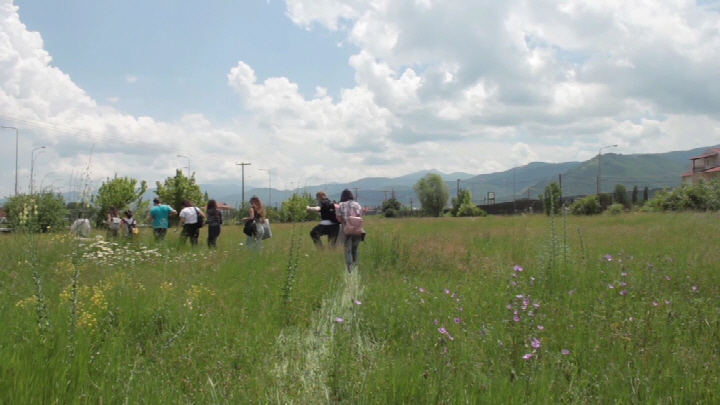 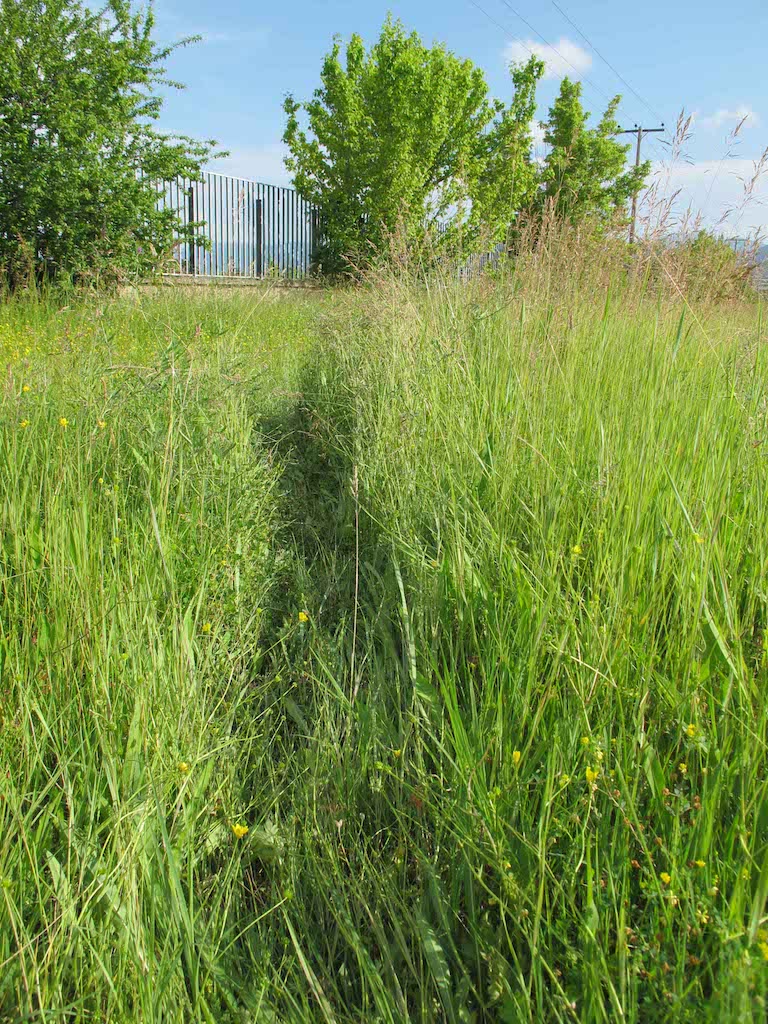 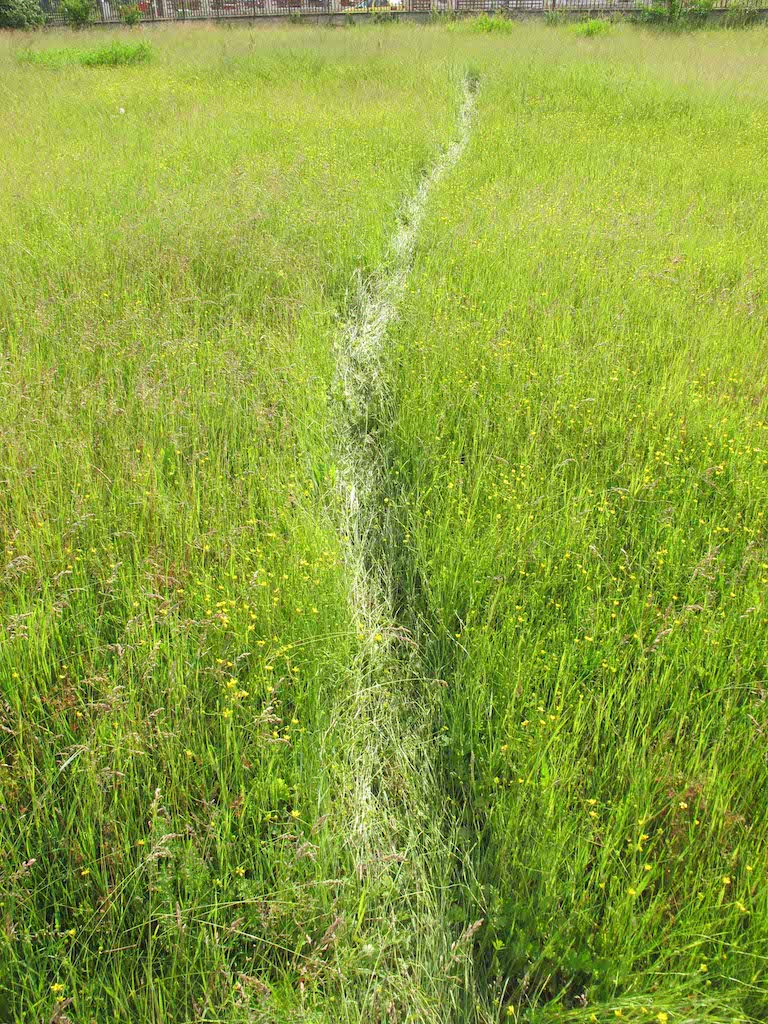 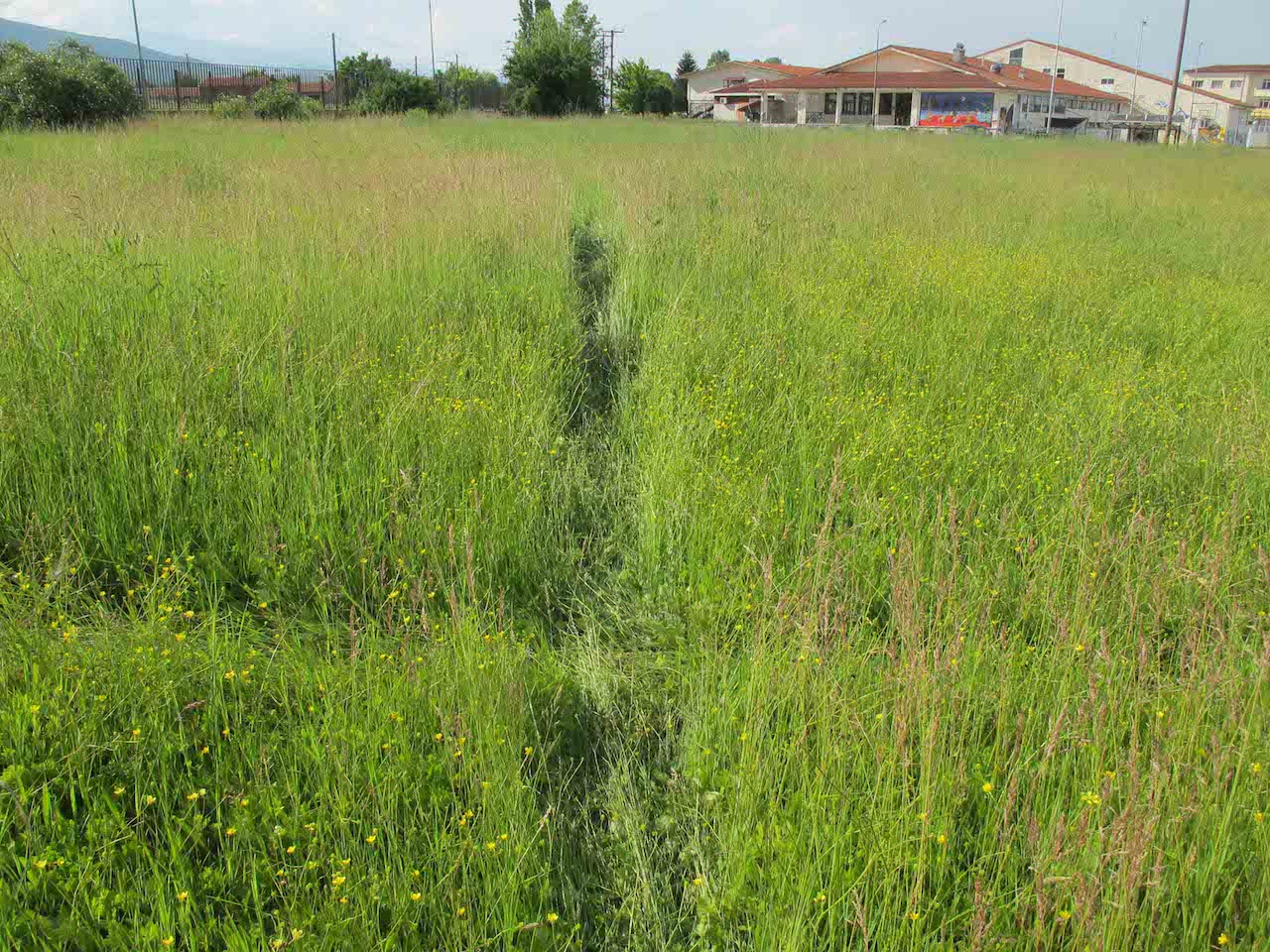 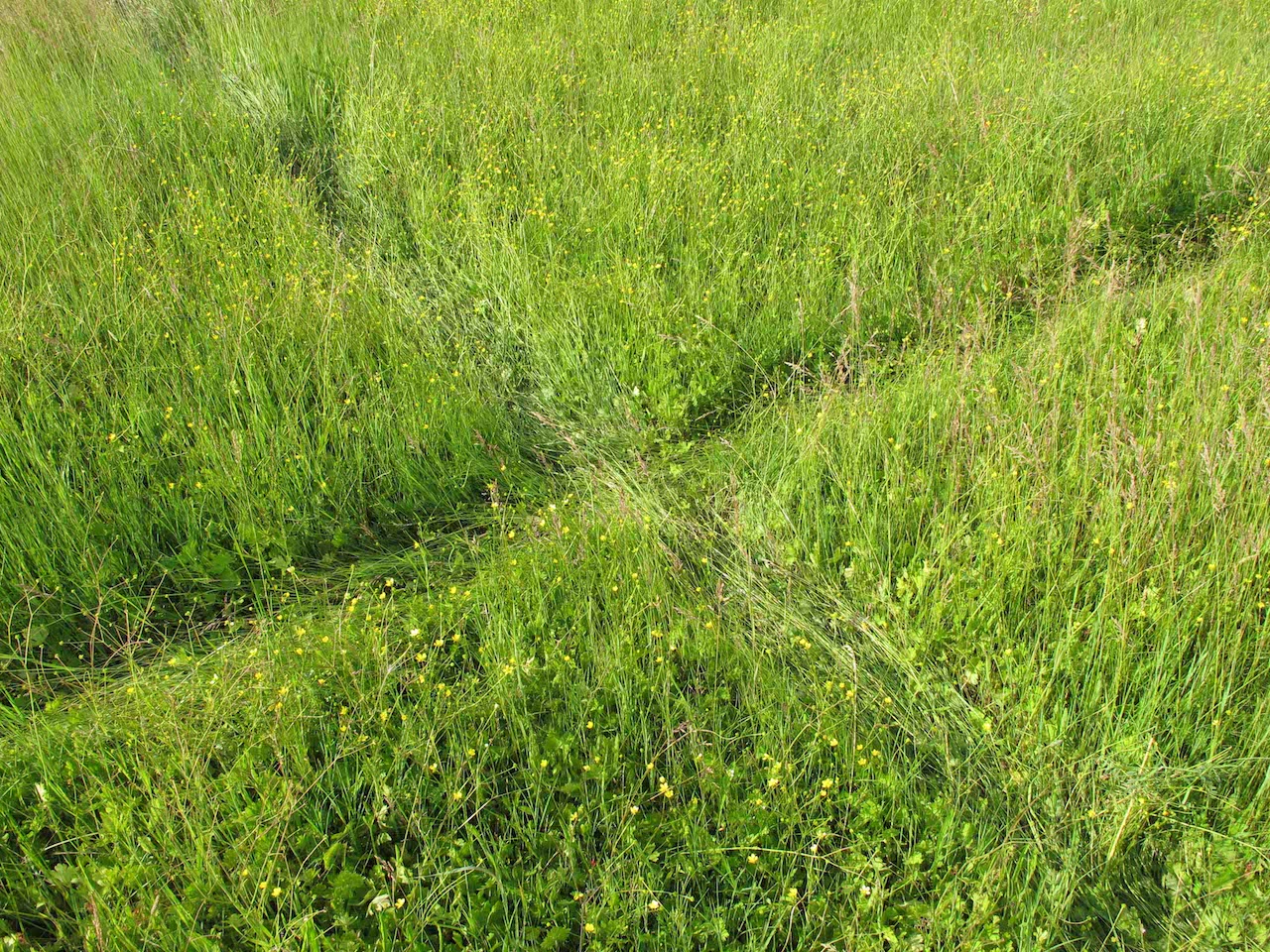 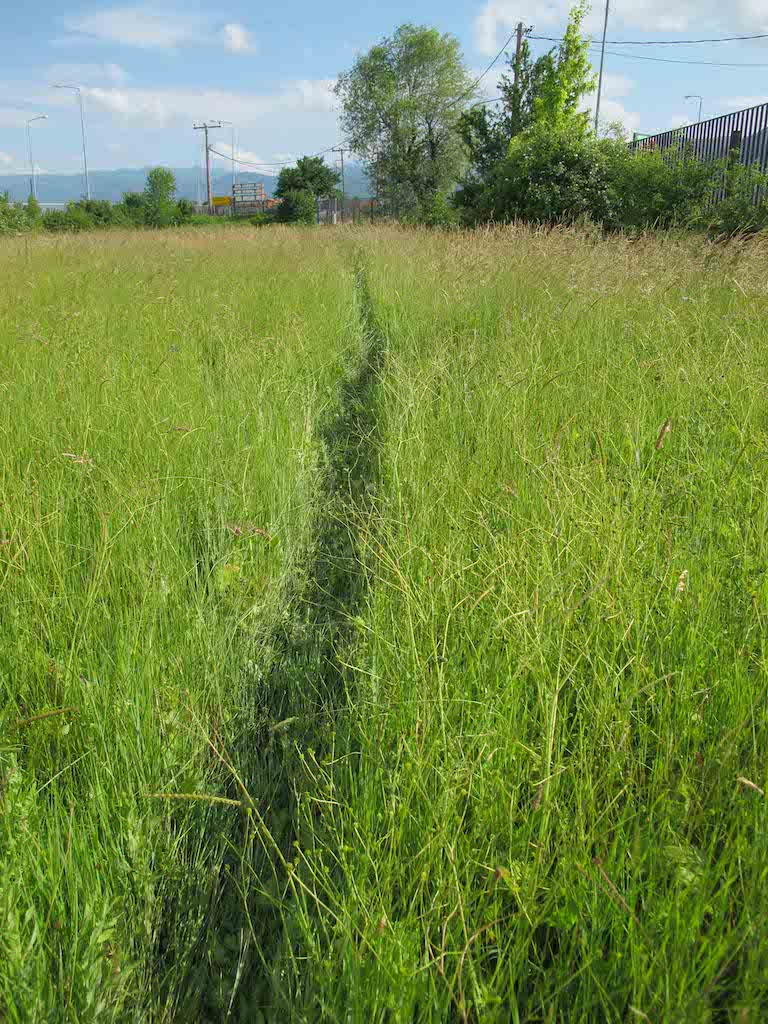 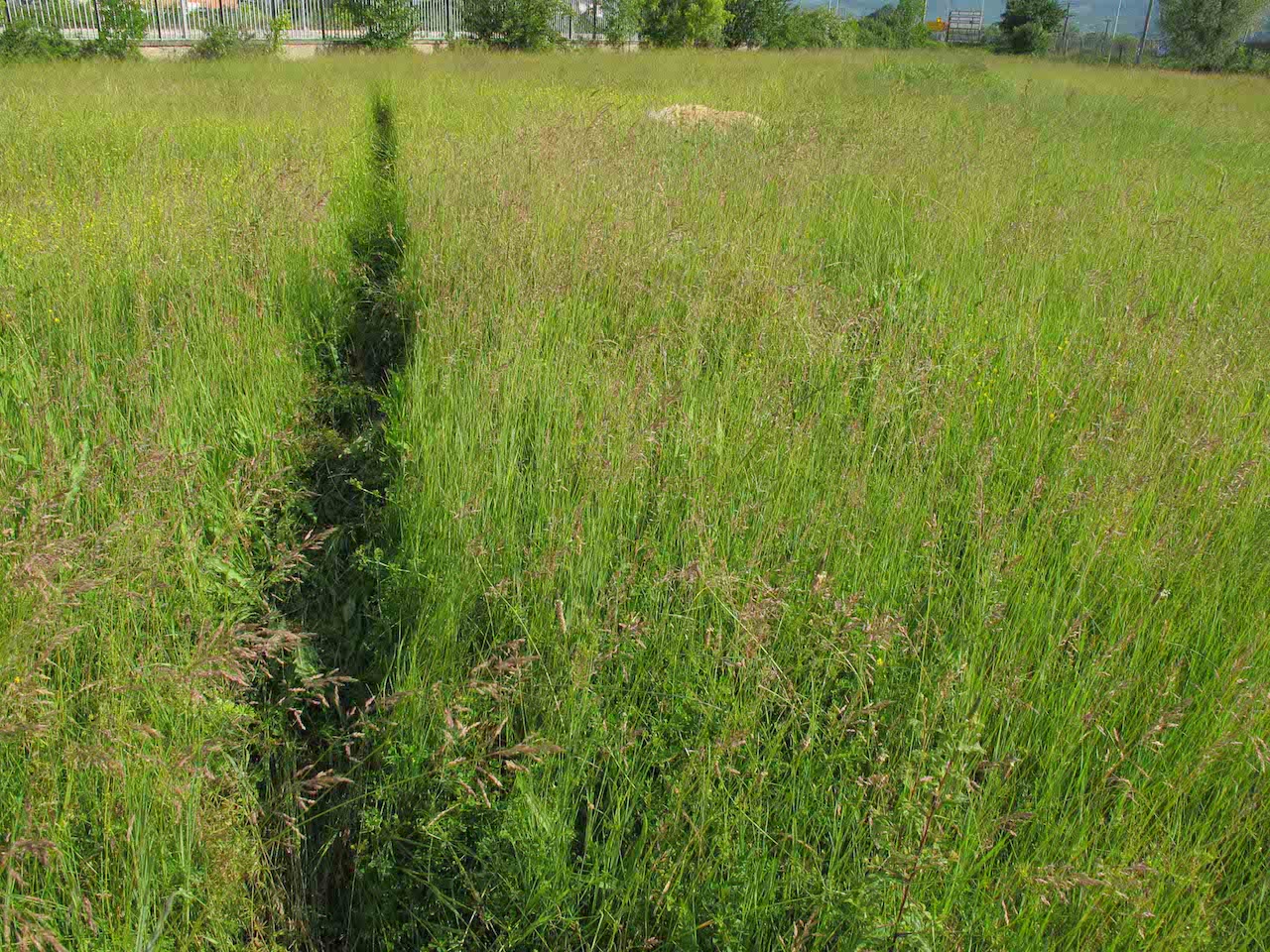 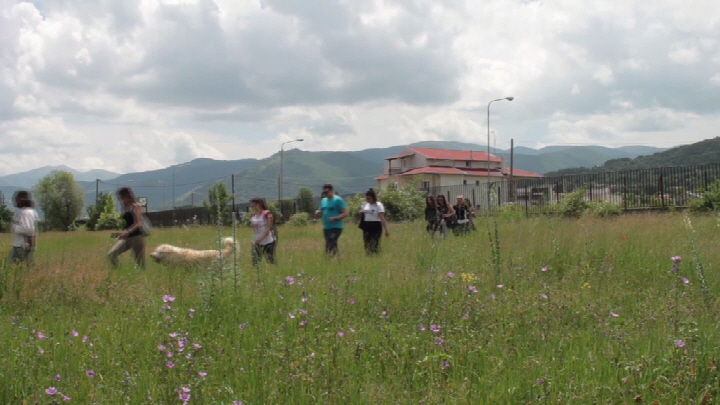 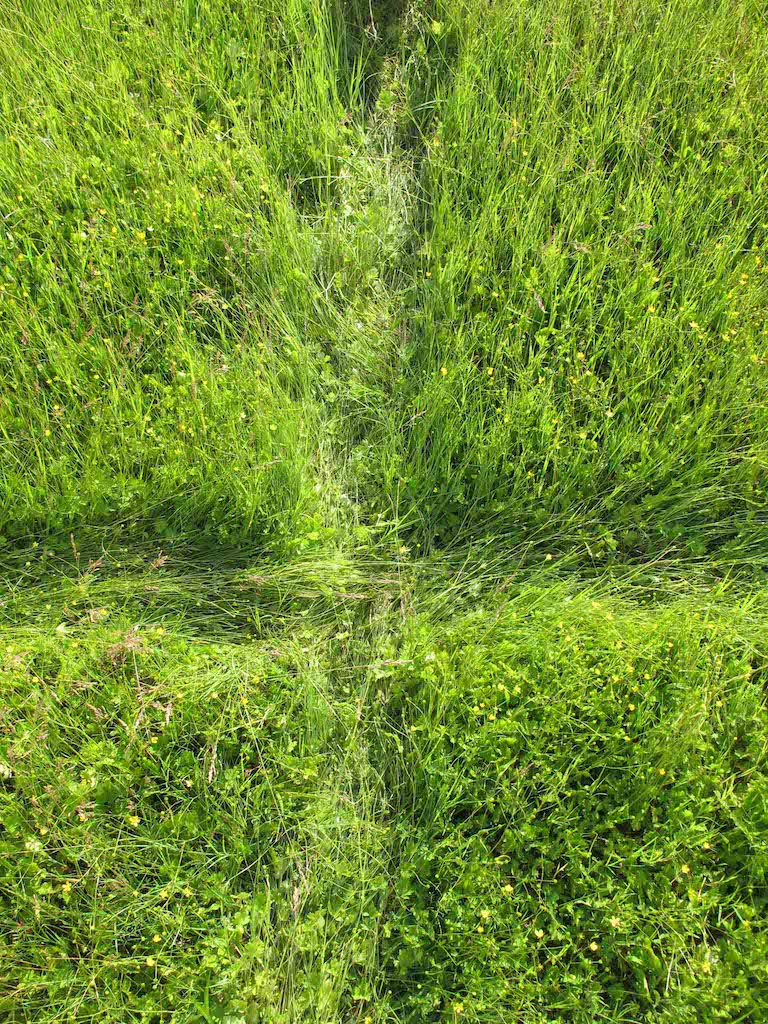 Georgios Paliatsios. Born in Thessaloniki–Greece and he is both artist and educator. He holds Magister on arts and MA on Phychopedagogy and he currently works for his PhD on art.  He is working asart educator since 2004 and he specialized on artistic pedagogy, on inclusive education and on adult education.  As artist he explores the adaption of his art in different environments and situationswith special focus on collectively and social formation.  He has taken part in many different exhibitions, meetings-events and seminars internationally, both for art and education.