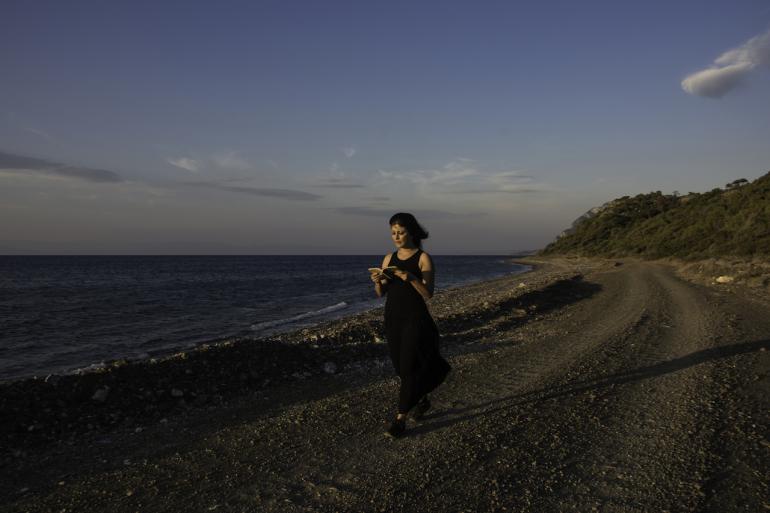 Using performance, video, installation and text as tools, my recent works continue my inquiry into the poetic aspects of language, memory and borders in relation to space. Through these different media, I scrutinise the possible defects and fictionalities of memory in regard to the performative aspects of the act of remembrance. The objects of memory are dressed in words when they return to our consciousness. We knit them, we make a story. Otherwise, the violence of loss is not possible to endure and memory falls into to the well of forgetting.

‘I wish I could not be traced in the archives’ (Sırkıran | Secret Decipherer| Mistiko Spastis) (2013) was a project which confronts Nicosia with a performative approach of reading and walking along both parts of the city, North and South. I decided to find a book which was written by a Cypriot writer about his own childhood traumas intertwined with fiction. I walked and read the book aloud, in both parts of the city. I named myself as an itinerary reader, a mobile storyteller to the city about its own past that has always been repressed.

‘I wish I could not be traced in archives’ (Mekanım Datça Olsun | May Datça be My Resting Place) (2017) is the second piece of this ongoing performative project series. This site responsive project is realised where the dead bodies of refugees have washed up on the shore on both the Aegean and the Mediterranean sides of Datça, a small town in the south west of Turkey. This work refers to a geographical border rather than a political one whereby a geographical transition path becomes a political act. In this work I walk along the North and South parts of Datça and read aloud from a book titled May Datça be my resting place by the famous Turkish poet, Can Yücel. The pathways I walk are non-places which have no specific identity. We see no people, only the sea. We hear no voices, only the wind and the waves. I don’t walk from point A to point B but the total isolation and feeling of being trapped creates a link with the words of the poems that are read aloud. The poems are full of expressions and impressions written by the poet about the nature of Datça. ‘Thought is made in the mouth’, as Tristan Tzara states, and I repeatedly chew the pages and masticate them after reading the text. These pages are then left on the pathway as Hansel and Gretel leave bread pieces to find their way back home. As long as I walk, I eat the memories and nothing is set still. Sunset and sunrise remind the viewer of the temporary feeling of time.

A wall is a physical thing standing somewhere, it is very visual. Yet it also becomes a mental barrier. Walking and sewing are forms of resistance to a possible border, creating a sense of poetic freedom. Walking has various aims such as immigration, justice and being a flâneur. In my work, I represent a mental refugee, confronting a border and making it visible with the words of a book. 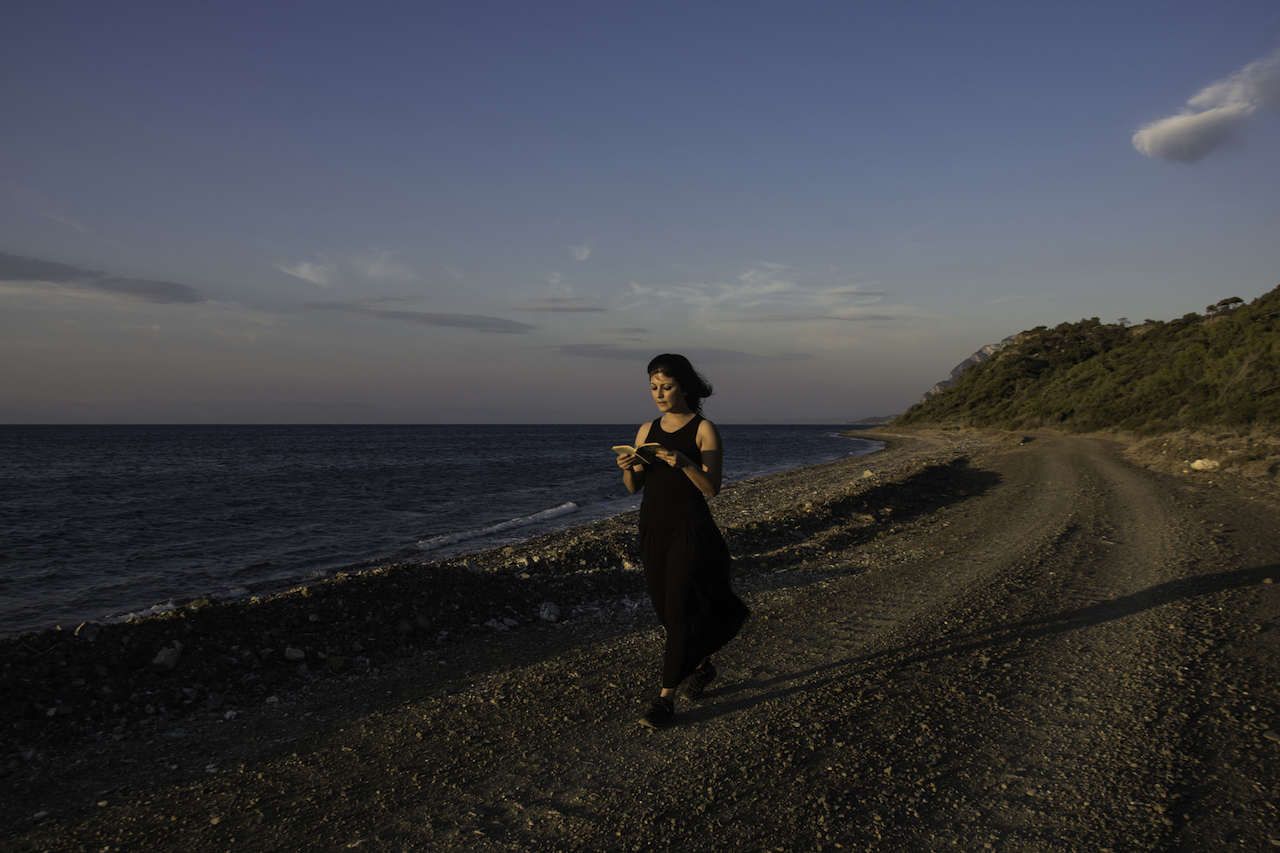 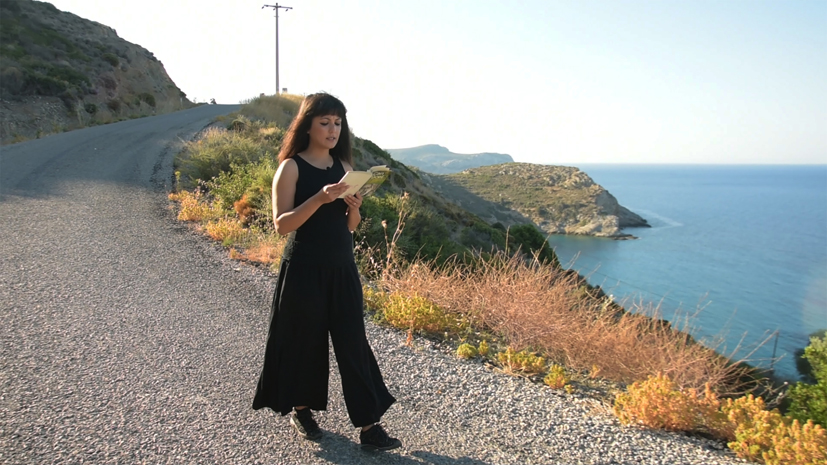