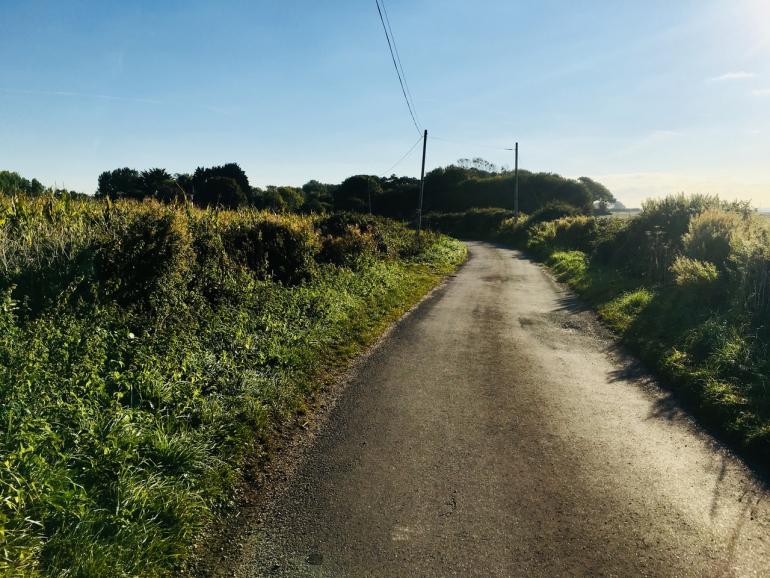 It is much harder, within the realms of normal life to get lost. Google maps, Satellite navigation on phones make it almost impossible to experience that sinking feeling of not knowing where you are. Last year whilst walking in a forest I became properly lost. There was nobody to ask and I had left my phone in the car. I walked, directionless for maybe half an hour before a jogger was able to put me back on course. Though only lost for a very short time the feeling of panic that washed over me was claustrophobic. And yet there is also something liberating about being lost, just being in a place with no reference, no way back and no way point. This can give you a unique and unfettered experience.  Today, of course, the question of being lost is also turned on its head as the very technology we rely on to guide us is also surveying and indeed mapping us. So whilst it maybe hard to get lost in a geography, it is also difficult to loose yourself, to hide or to disappear.

The Guide To Getting Lost plays with the question of what it is to loose yourself. Rather than aiming to totally disorientate people the Guide To Getting Lost invites walkers to loose themselves in familiar geography as a way to rediscover it, to test it and also to become lost in the moment, the act of walking. The work itself is an audio narration and field recording which I make as I walk. In the case of #3 Local Guide, the walk is recorded in my neighbourhood where I am walking a familiar path through countryside on a summer’s day.

The architecture of the walk is the audio guide, this provides the framework for the experience, however the walk itself (and therefore also the ‘work’) happens in the blurring between the audio guide, the walkers spatial awareness of their own transit through a specific location; The awareness of the walkers own body in relation to my own footsteps, my breath and voice are a reminder of the bodily and embodied experience of walking; the serendipity of how ‘actual’ space performs in relation to this augmented soundtrack- often walkers report moments when the soundtrack and the reality they are walking in match up and the way familiar waypoints are re-written by the narration. Taking the Guide to Getting Lost blurs these lines and offers to construct a new experience in the moment- a re-making of place in fact.

As I walk I imagine the unknown ‘other’ and speak directly to them. In turn I imagine this person thinking of me as they walk and imagining the landscape I am walking in. The notion of a fictionalised landscape that we ‘both’ occupy was at the forefront of my mind when I began recording these walks in 2008. That, as we walk together (me in the virtual sense), we construct and re-make place over again. I took this notion further in 2016 when I made ‘Fracture mob’. This was a collaboration with Stress.FM, a Lisbon based artist radio station who wanted to broadcast the guide live online. Through discussion we decided to take this idea one step further and try to get as many people from around the world ‘lost’ at the same time.  The project was advertised internationally and we did, indeed, get many people to stream the walk and get lost simultaneously. For me, this was about constructing an imaginative space, which existed for thirty minutes only- the time it took to take the walk. That specific walk was a collage or a re- edit of walks I had recorded in cities across the world. The audio shifts from one location to the next and, again it was my ambition that this audio and the act of walking with it, construct a new, temporal reality. In this sense it was dis-locative media.

Guide To Getting Lost: Local Guide, works differently to this in that it is very much about the reproduction and re-mapping of space from one location to another. The walker acts as the ‘mapper’ faithfully reproducing the walk I made in my locality. As they walk they adhere to the geography of elsewhere not re-making place but constructing something entirely new which consists of sound, action, gaze, movement and possibly transgression, because of course following my walk to the letter invites listeners to cross boundaries.  The extent to which walkers are prepared to ‘break the rules’ depends on an individual and again, this is of interest. Are they prepared to cross private property? To enter unknown spaces? To turn left, at my instruction, down an unknown alleyway? Taking the Guide To Getting Lost of course references the Situationist Derive and their challenge to walkers to transgress, to cross boundaries and to see the city as process rather than hierarchy. If you take the Guide To Getting Lost are you prepared to walk across private gardens, for example in order to adhere to the directions? The fact that most walkers will not make this transgression also test our relationship to boundaries and conventions.

I am also interested in its relationship to narrative and the re-inscribing of place. As people walk with their headphones on they look about at this new world which is configured by unfamiliar routes and strange sounds and this changes place, it sets up way points and markers which are remembered long after the guide has been completed.